Live in-house via our Facebook page during every Thursday and Friday game, and this week the Blues have games on both nights! Extremely rare!! So come Post up tonight for Blues v. New York Islanders at 6pm for a chance at tickets for the 12/15 game against the New Jersey Devils! And tomorrow night it’s Blues v. New Jersey Devils at 6:30pm with tickets given away for the 12/17 game against the top rival Chicago Blackhawks!! 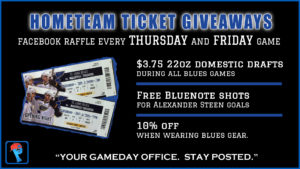 It’s the Chiefs in Maplewood and the Packers in Creve Coeur!! The Chiefs play tonight v. the Raiders in a huge game at 7:25pm, and the Packers play Sunday afternoon at 3:25 v. the Seahawks in another game with major implications. Don’t forget to vote your team in at your preferred location for Week 15!

As voted on by our customers prior to the season, for each week of the 2016 season the Post Home Teams are the Packers in Maplewood and the Panthers in Creve Coeur! Both teams get the Home Team treatment whenever they’re on at their respective Post location! 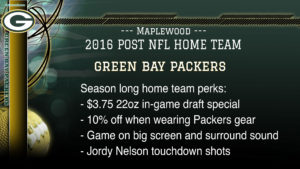 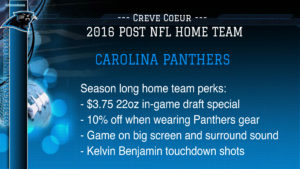