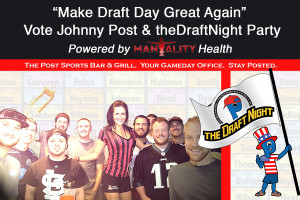 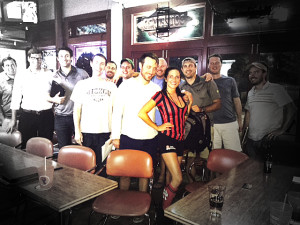 Your favorite day of the year (Fantasy Football Draft Day) is just around the corner.  This is the equivalent of a grown man’s Christmas.  Your wife has you on lockdown for most of the year, but Fantasy Football Draft Day is your day… your close friends/coworkers, coolers of beer, trays of  pizza, baskets of wings, friendly banter, some not-so friendly banter, perhaps an extended curfew, and not so far fetched hopes of hoisting the league trophy in several months (after all you’ve got a 1 in 12 chance of winning your league unless you model your league after “The League” on FFX and only have 8 managers).  Dreams come true on draft day…granted they can also get crushed if you’re staring up at that draft board after the 6th round ready to vote for a redraft.  I’ve never seen grown men get so giddy about something so meaninglessly meaningful.

Regardless of what type of league you’re running; a high stakes buy in league, an auction league, a competitive workplace league, or a lazyman’s league (a novel concept allowing for just one waiver wire transaction throughout the year…draft your team and let it ride baby!) The Best Sports Bar in STL has got you covered.

If you’re the commissioner of your league why not just sit back and enjoy draft day without any of the hassles of running the draft???   We’re ready to show you one of the biggest reason’s why we’re not only the best sports bar in STL, but also the best Fantasy Sports Bar in the country (Razzball Radio agrees.  check out the 2:15 mark).

we are stoked to announce that we have teamed up with theDraftNight to bring you your fantasy draft! theDraftNight is a St. Louis based team of fantasy football junkies that have built a web and mobile application (iOS) that enhances your drafting experience, giving you more freedoms than any other drafting software out there. For the first time, individual managers will be able to participate in the draft and control their own draft board from ANYWHERE in the world! 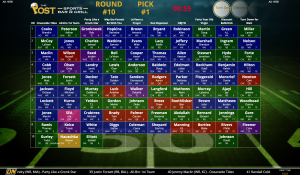 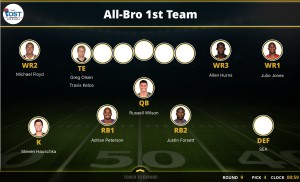 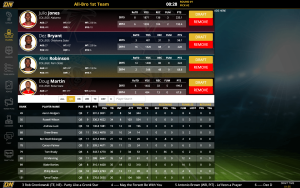 Booking a draft at the Post requires purchase of The Fantasy Season Ticket.  You purchase the ticket, and you reap the following benefits: 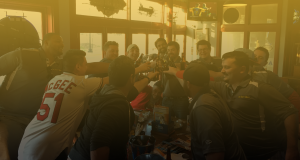